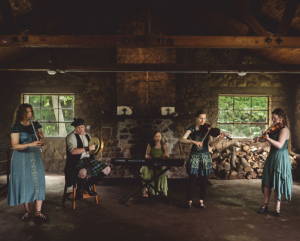 The band has a long history. We are a family so we go WAY back! M
Stands for Mama, P for Preacher, and K for Kids. MPK stands for Mama
and the Preacher’s Kids. Precious Mama went to heaven in September
18, 2019 in a horrific motorcycle accident. She loved that Can-Am
Spyder as much as she loved being in a band. We MISS her terribly and
life WILL NEVER be the same. But our GOOD GOD wastes nothing. He
can use the worst of our tragedies and nightmares for His glory when
we surrender our lives to HIM. We have sensed His leading and calling
in these perilous times and press forward together to seek His face and
do His will on the earth using Celtic music as a vehicle for the Gospel. 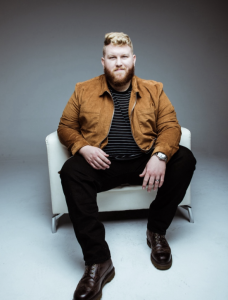 Michael Cochren is a singer/songwriter and worship leader born
and raised in a small Indiana town. After graduating from school,
Cochren began to play music across the country with a band of
friends under the name Cochren &amp; Co. With hope-filled lyrics
and timeless melodies, Cochren &amp; Co. blur the lines between
American pop, soft rock, and soul/blues to create a sound all their
own.
Dove Award-nominated Cochren &amp; Co has toured coast to coast
amassing a loyal following of new listeners where they go. Their
debut full-length album “Don’t Lose Hope” was released on
Gotee Records in 2021 and includes Billboard Top 10 Radio hits,
“Church (Take Me Back)”, “One Day”, and “Who Can”. The title-
track, “Don’t Lose Hope” was featured in a new episode of CBS’s
MacGyver. With a full touring schedule and new music on the
way, Cochren &amp; Co is only getting started. 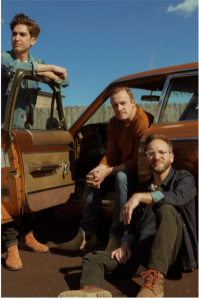 Award nominations, a GMA Dove Award®, and six GMA Dove nominations.
With a total of nine studio albums, most recently 2019 Unstoppable
God, which was the follow-up to 2018 Changed, Sanctus Real has
accumulated eight No. 1s and eight top-five singles on multiple Christian
radio formats.

To date, the band has sold more than 1.2 million albums, and their music
has been streamed 210+ million times globally. With a cumulative radio
audience totaling 3.7 billion, they also have more than 25 million lifetime
YouTube streams and thousands of days clocked on the road traveling all
over the world, touring with other established artists such as MercyMe,
Jeremy Camp, Needtobreathe, Skillet, and more.

King’s Conquest is a Christian band with a mission to shine the light of Jesus through a blend of pop/rock and contemporary music styles. The band consists of three siblings: Noah on lead vocals and keyboards, Ella on the violin, guitar and vocals, and Ezra on the drums.
Listen Here!
Listen Here!
PAUL ALDRICH
Saturday, November 5th, 2022, Doors open at 6pm and Show starts at 7pm 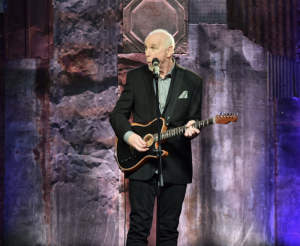 Nationally known comic, singer, speaker and all around strange
guy, PAUL ALDRICH brings his manic comedy to the stage at
Dwelling 222 on Saturday, November 5th.   Just in time to break
the stress and contention of the upcoming mid-term elections.
Paul’s talent is being able to take everyday things and see humor
in it, sometimes cynical, sometimes satirical, but always clean and
funny. Whether performing familiar tunes with new words, or
just sharing from his heart, his performance will leave you
laughing, thinking and thankful.
Veteran of a Banana’s TV episode, his own produced Paul Aldrich
& Friends TV show in Tennessee, he has been seen on Dry Bar
Comedy, appeared at the Improv and on a Showtime special.
He has 13 projects completed including MOCK N ROLL, which I
suggest you buy and listen to, but not while in the car….it could
be hazardous to your health!
This is just the ticket to remind us of the fun in life, before the
election gloom and doom. Discounts for groups of 10 or more
are available.
Laugh Here!
Laugh Here!
Jean Watson
Friday, November 18th, 2022, Doors open at 6pm and concert starts at 7pm 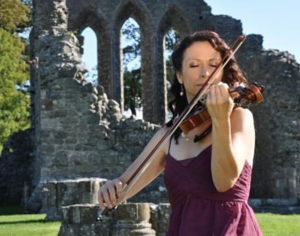 A classically-trained singer, violinist, speaker, and writer, Jean Watson has
touched the lives of thousands of listeners through her music and her
compelling testimony of God’s healing grace. Based in Michigan, Jean
maintains a full-time speaking and performing schedule all over the world in
concert halls, churches, coffeehouses, prisons, and homeless shelters. She
feels a particular calling to the nation of Ireland where she hosts a daily radio
show on United Christian Broadcasting Radio Ireland.
In addition to her radio show, Jean has appeared on The 700 Club, TBN&#39;s
Praise The Lord, and other media outlets across the globe. In 2018, Jean
completed her first book, “Everything Can Change in Forty Days” published by
Seedbed Publishers. She is in high demand as a conference speaker and
frequently ministers as a spokesperson for Prison Fellowship International.
No stranger to contemporary Christian music, Jean recently released her
tenth CD produced by CCM veteran Billy Smiley. She has been privileged to
record with some of Nashville’s finest musicians, including Michael W. Smith,
Phil Keaggy, Russ Taff, David Meece, Matt Slocum (Sixpence None The
Richer), and Peter Furler of the Newsboys.
Jean is honored to be married to Mark Roberts, a pastor and retired Air Force
Chaplain. Together, they have a blended family of seven children, eight
grandchildren, four chickens, two dogs and a horse. When she is not
traveling, Jean enjoys spending time with her family and playing violin in the
Kalamazoo Symphony.
Listen Here!
Listen Here!
Temple Veil
Friday, December 10th, 2022, Doors open at 6 pm and the concert starts 7 pm 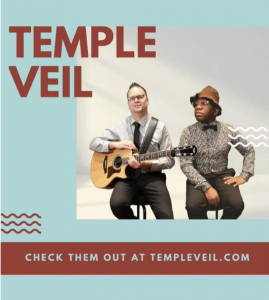 Buy Tickets here!
CCM internationally touring duo, Tmeple Veil, has toured across all 50 US states, Canada, Europe, and Asia, regularly performing over 150 dates annually since forming
in 2010. In addition to headlining their own tours, the band has toured with Steven Curtis Chapman’s “Glorious Unfolding” Tour and for King and Country’s “YouMatter” Tour.
Temple Veil’s EP, “Give His Love Away”, was produced by GRAMMY nominated
producer Aaron Rice (Toby Mac, Mandisa). The EP’s title track and radio single was co-written by DeRock and Brysson (who make up Temple Veil) along with CMA nominated songwriter, Brian White (who has scored hits with Rascal Flatts and Jason Aldean).
Listen Here!
Listen Here!