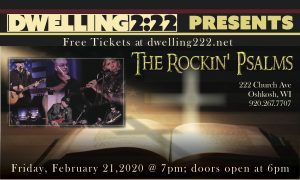 The Rockin’ Psalms is made up of veterans of Cup O Joy’s open mic nights.  All are employed outside of their concerts, but have turned their passion for music and love for the Cup O Joy into a ministry where they play to raise money for the Cup O Joy ministry in Green Bay.

They take the Psalms and put them into a contemporary music format much like the Israelites did in David’s day.  However, they utilize guitar, bass, drums, harmonica and flute.  Here are just a few songs they have written:  Psalm 8 How Excellent is Thy Name and Psalm 29 Give Unto the Lord. 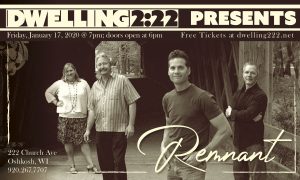 Remnant has been playing contemporary Christian music and leading worship for over 30 years.  They have played at colleges, churches and other venues all across the United States.

They hold the distinction of playing at the very first Lifest in Oshkosh.

Gene Schmitt has written songs that have become anthems for many ministries and pro life causes.  His song “Voice of the Martyrs” was the featured song for Voice of the Martyrs (a ministry for persecuted Christians across the world).

He also serves as Chairman of the Christian Singers, Songwriters and Musicians International, a network of over 300 worship leaders, musicians and singer/songwriters in Christian music. 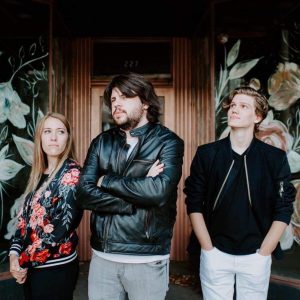 Dwelling 222 is pleased to have Arilya help us with our first quarterly community worship night.

From Pulaski, WI, Arilya is a contemporary Christian pop rock band that believes that God uses ordinary people to do extraordinary things. Fronted by worship leader Sandi Hermann this trio strives to use modern music to present a message of hope and to lead others to the compassion of Christ.

No tickets necessary, please come and lift up your voice in praise to the LORD. Doors open at 6 pm for snacks, refreshments and fellowship. 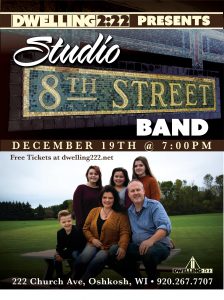 Studio 8th Street Band will help you celebrate this Christmas season with a special Christmas concert. This family band features harmonies, songwriting, upbeat, energetic performances. From Manitowoc, they played at Manitowoc PraiseFest, Cup O Joy and other venues. Come and take part in a celebration at Dwelling 2:22 of Christ’s birth with the Krumrich family which consist of mom, dad & 3 harmonizing, guitar and keyboard playing daughters. This surely will be a Christmas show to remember. 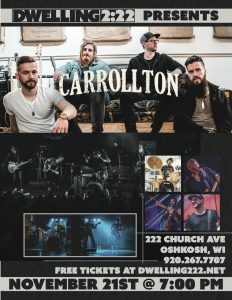 Carrollton is named after a small town in Kentucky, the band Carrollton shares music of truth and hope conceived from the struggles and experiences they’ve encountered along their journey together.  Their 2017 song Made for This was featured in ads for NBCUniversal coverage of the 2018 Winter Olympics. They are a Indie-rock Christian band with five top 40 hits to their credit.

The band has come to realize that halfway commitments may be a safe bet, but safe bets rob our lives of their full potential. Love is everything. Love gave everything. So we must do the same. This philosophy resonates from beginning to end in their song Everything Or Nothing. 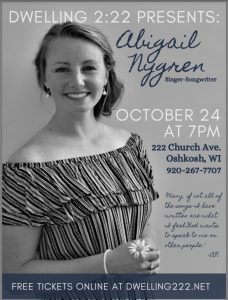 Abigail is a contemporary Christian song writer.  She writes songs from her heart and sings from her heart. She has a clear crisp sound set to acoustic guitar accompaniment that is easy to listen to.  Abigail has recently performed at Harmony By the Bay, Cup O’ Joy, and Manitowoc Praisefest.  Also, she is currently recording a CD of her music.  Below is a snippet taken from her About page on Facebook:

“But what I do know is that God exists and has a greater plan than we could ever dream up on our own. He loves us and wants us to commit our lives to Him. This is the greatest joy we will ever find. Many, if not all, of the songs I have written are what I feel God wants to speak to me or other people. I can honestly say I didn’t think up most of the lyrics on my own, but rather had them spoken into my heart by the Creator. I hope you have a chance to listen to some of my music, and if it touches you, just know that it’s Him, not me. ” 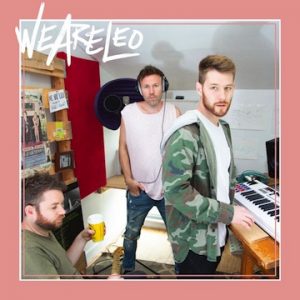 Christian Contemporary band WE ARE LEO is bringing their high energy show to Dwelling 2:22 for an EXCLUSIVE Oshkosh concert. Featured on the soundtrack of God’s Not Dead-3 (You Light Up My World); WE ARE LEO will ignite the stage with their electronic pop sound, real & relevant lyrics and jamming rhythms as in their song Dimensions.

Based out of Kenosha, WI, they are a community of recording artists led by founder David Duffield, singer Joseph Sanborn, and guitarist Matt Gainsford. They are known for Pop, EDM, and Worship music and perform at events worldwide, sharing their authentic message of Hope and Love. 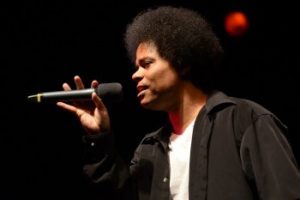 Tim Dorsey, an international entertainer of prodigious musical talents, has been singing since the late 1970s. He has an extensive vocal range, possesses breathtaking versatility and has a natural gift for vocal styling.

Audiences that have been captivated by this multi-talented singer/songwriter sense in him a freshness, a purity and an unspoiled quality untainted by crass commercialism.

If you close your eyes and listen to him sing a Stevie Wonder medley, you can’t help but be awestruck by the similarity in vocal expression between the two performers. As flattering as that comparison is, Tim has his own distinct musical styling that is characterized by precise phrasing and a velvet-smooth delivery.

A native of Pittsburgh, PA., where he lived until the age of 15, Tim was always musically inclined. He learned to play flute at the age of 9 and taught himself to play the piano in high school. One of his brothers played the upright bass and was a jazz musician, while the other was a hard rock guitarist. So from early on, he was exposed to a variety of musical influences.

This evening Tim will perform a wide variety of self-written songs about life, love, encouragement and our LORD. 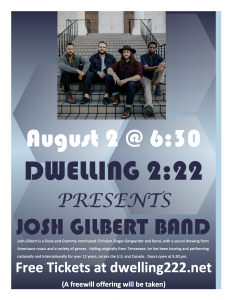 Josh Gilbert is a Singer-Songwriter & Band, with a sound drawing from Americana music and a variety of genres. Josh’s influences can be placed somewhere along Adult Contemporary Acts such as NeedToBreathe, Johnnyswim, Train & even classic rock such as U2 and Allman Bros. Hailing originally from TN, he has been touring and performing nationally and internationally for over 12 years, across the U.S. and Canada – with over 1,000 performances. The Josh Gilbert Band members have included a network of friends, family & working musicians through the years who have stuck with him through thick and thin. 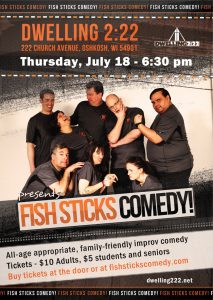 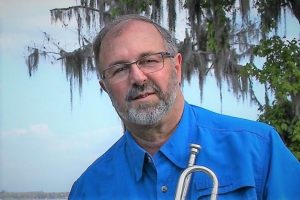 Don Shire offers his unique trumpet styling in concerts and meetings worldwide. His college education was at Moody Bible Institute in Chicago where he was a double major in Music and Christian Education. Reverend Shire was ordained as a minister of the Gospel by Impact International in 1994. In Ministry, Don has previously served as an Associate Pastor, Youth Pastor and Minister of Music. As a businessman, Don has been the president of two computer related businesses. In 1995, he responded to God’s leading to leave the business arena.

He currently is the featured guest in churches, mission conferences and evangelistic outreach throughout the United States and, as of today, 34 other countries. Music from Don’s recordings can be heard on radio across the United States and internet radio worldwide. He also coordinates short-term mission trips for church groups and individuals. Don’s ministry reaches to orphans and widows. His ministry now supports several orphanages and homes for widows in India, Haiti and Honduras. Don also currently serves on three mission boards.

Don Shire is married to Kathy, his wife since 1974, and they have three adult children and 10 grandchildren.

Don’s musical arrangements vary in style and his appeal is to all ages. He has 12 cd recordings that are available at concerts or his web site. His goal at each concert is to encourage Christians to serve and to help anyone that does not understand about Christianity to understand what it means to trust in Christ and to understand the depth of His love for them. With a concert schedule taking him to some of the largest churches in the United States as well as small churches in rural America, Don simply wants to serve where the Lord leads him.